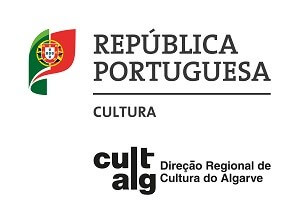 The Regional Directorate of Culture of the Algarve is a peripheral service of the Presidency of the Council of Ministers in the area of ​​culture, whose geographical scope is limited to the Algarve region.

The Algarve today has cultural reference equipment - theaters, museums, libraries - and an increasingly qualified and dynamic cultural fabric, having contributed to this by the municipalities in their support for cultural action, as well as the creation of the Arts courses at the University of Algarve

For its part, the Regional Directorate of Culture of the Algarve, through the creation of specific programs to support cultural action in the Algarve, based on previously established and duly publicized norms and criteria, was able to promote the mutual co-responsibility of all agents involved in the common project. Algarve's cultural development

Thus, the Algarve has been asserting itself culturally, and this recognition has been translated either through the attendance of the public promoted, promoted or supported by the Regional Directorate of Culture of the Algarve, or through closer contacts, cooperation and partnerships established with associations. Finally, by means of the mediatization of many projects and cultural agents in the region, a regional network of culture is beginning to be drafted, albeit informally.

This Directorate will seek to pursue the main objectives of the government's cultural policy by interpreting and translating them, within the framework of its competences, into the Algarve, by developing appropriate partnerships with other deconcentrated bodies, local authorities, schools and universities. the conclusion of cooperation agreements or protocols.