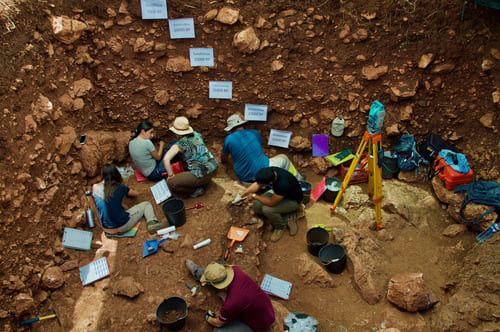 The territory of Vila do Bispo reports a human occupation that dates back to at least 34,000 years ago! Archaeologists found, near the village of Vale de Boi, the oldest traces of human presence in the south of the Iberian Peninsula. Vila do Bispo has in its megalithism a monumental and differentiated archaeology. Among hundreds of known menhirs, some can be visited such as the menhir of Padrão, in Raposeira, and the Megalithic trail of Monte dos Amantes that starts near the centre of Vila do Bispo. The Roman civilization has also left us abundant traces of its presence. The archaeological sites at Boca do Rio beach, near Budens, and Martinhal beach, in Sagres, are particularly interesting.

This large limestone menhir is today the most important example of Vila do Bispo menhirs. It is the icon of an exceptional megalithic area that is home to about 250 menhirs in an area of 42 km2. That makes 6 menhirs per km2, the highest concentration of prehistoric monuments in the Iberian Peninsula. The Menhir of Padrão was re-erected in 1984, on its original site, after the excavation of its archaeological context. In 1994, a new archaeological campaign confirmed the vestiges of a prehistoric occupation dating back about 6500 years ago, placing this Neolithic settlement on the list of the oldest in the Western Iberian Peninsula. Considering the antiquity of the available data, the menhirs of Vila do Bispo may represent a of pioneering megalithic phenomenon of monumentalisation of Neolithic landscapes. With an epicentre in the significant geography of the westernmost Mediterranean, this megalithic culture developed from south to north, culminating in much more complex and monumental structures such as the Almendres megalithic enclosure in Évora, central Portugal, the standing stones at Carnac in Brittany, France, and those on the other side of the Channel in England, the greatest example of European megalithic monuments - Stonehenge! 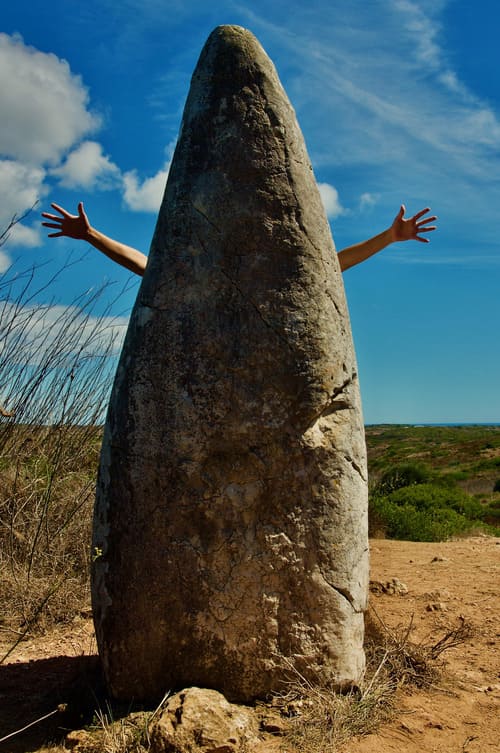 Roman Villa and Tuna Fishery of Boca do Rio (Budens)

The fishing tradition in the waters of this westernmost Mediterranean documented since time immemorial. Archaeological research around the current Praia da Boca do Rio has revealed a continuous exploitation of marine resources from the Mesolithic Period until practically today. Between the 1st and 5th centuries AD, people from the Roman World developed an important industrial complex in this area, specialized in the production of fish preserves and other fish preparations. This industry was necessarily fed by the fishing activity in these waters, and salt would have been produced in the estuary. Later, already in the 16th century, the beach served as a base for the tuna fishery. This was a very important economic activity, governed by rights conceded by the Portuguese Crown itself. In the second half of the 18th century the Marquis of Pombal created a state monopoly to better control tuna fishing activities. It was called the General Company of the Royal Fisheries of the Kingdom of the Algarve. 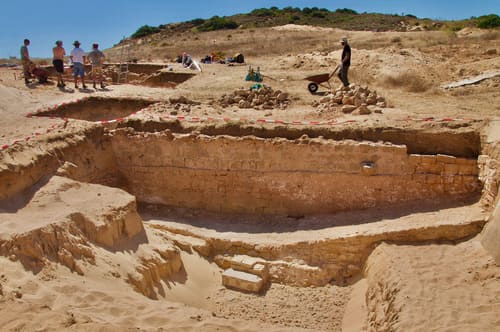